Circa Survive stops by Daytrotter 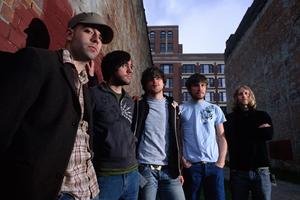 Circa Survive recently recorded a session at the Daytrotter studios. The band performed acoustic renditions of "Spirit of the Stairwell," "Strange Terrain" and "I Felt Free" from their new album Blue Sky Noise as well as a track entitled "Every Way" that appeared on the deluxe edition of said album.

Head here to listen. The band is gearing up for a fall tour alongside Dredg, Codeseven and Animals as leaders that kicks off on October 15.

Hour of the Wolf to release 'Decompositions Vol. 1'