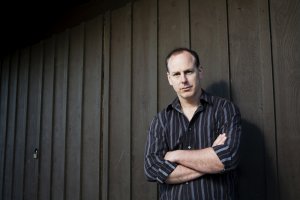 Greg Graffin was interviewed by the Scientific American in support of his new book Anarchy Evolution: Faith, Science and Bad Religion in a World without God, in which he discusses Darwin, science in music, and evolution. Of note is Graffin's comments about how punk and evolution are related:

The idea with both is that you challenge authority, you challenge the dogma. It's a process of collective discovery. It's debate, it's experimentation, and it's verification of claims that might be false. Darwin may have been [a] kind of contemplative and pensive anti-authoritarian.

Check out the feature here.

Music: The Ataris: "Graveyard of the Atlantic (acoustic)