The Casting Out going on indefinite hiatus 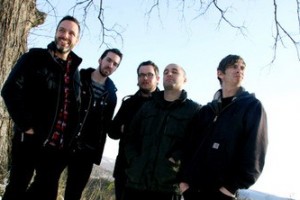 Via an Anonymous Source, Posted by Bryne Yancey Eyeball 12 years ago

According to a post over at Destiny Tourbooking, The Casting Out will be going on what can only be ascertained as an indefinite hiatus. Frontman Nathan Gray had this to say about the matter:

"the casting out broke up??? well, sorta. after several years of losing members, gaining members, and losing them again…the casting out have decided to take a bit of a break. some of us have decided to move to different states, and some of us have just decided to move on for a while. thank you all for your support throughout the years, and we apologize that the obstacles we faced, where just too big for us right now."

The band released their self-titled, sophomore full-length earlier this yea via Eyeball Records.