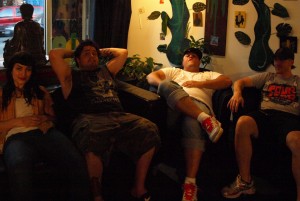 Kind of Like Records has announced plans to release a split 7" from Milwaukee, WI's Direct Hit! and Cincinnati, OH's Mixtapes on October 26, 2010. For the release, each band will offer a new song as well as a cover of the other band's new song. More photos of the packaging can be found here.

Mixtapes issued Thought About Growing Up and Maps earlier this year, while Direct Hit recently unveiled a new EP entitled #5. 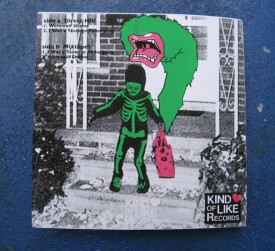 Side A // Direct Hit!
1. Werewolf Shame
2. I Was A Teenage Poltergeist (Mixtapes cover)

Side B // Mixtapes
1. I Was A Teenage Poltergeist
2. Werewolf Shame (Direct Hit! cover)