You, Me, And Everyone We Know: “A Little Bit Better” 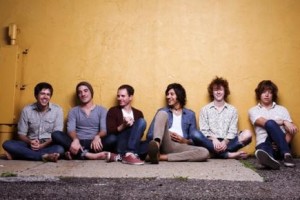 Our stream today comes from Baltimore, MD-based You, Me, And Everyone We Know. We've got an exclusive track from the band's upcoming debut for Doghouse Records, Some Things Don't Wash Out. It's due out October 12, 2010 and follows their self-released debut, Party for the Grown and Sexy which was released in 2008.

Check out the song on their Punknews.org Profile