Set Your Goals enter the studio 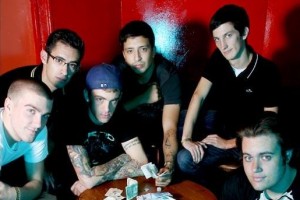 Set Your Goals have entered the studio with producer Brian McTernan to begin work on their second album for Epitaph Records. This will be McTernan's first album with the band, having previously produced albums from Strike Anywhere, Darkest Hour, From Autumn to Ashes, The Loved Ones, Senses Fail and more.

The new record follows This Will Be the Death of Us from 2009 which featured collaborations with vocalists including Turmoil's Jon Gula, New Found Glory's Chad Gilbert and Jordan Pundik, Vinnie Caruana of I Am the Avalanche and The Movielife and Hayley Williams of Paramore.

Tours: Less Than Jake / Off With Their Heads / The Supervillains