Death to False Hope Fest to feature Less Than Jake, Off With Their Heads 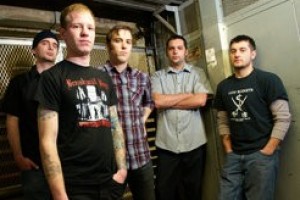 The initial lineup for the Death to False Hope 2 Year Anniversary Party has been announced. The festival is scheduled for January 21-22 at Motorco Music Hall in Durham, NC and will feature performances from Less Than Jake, Off With Their Heads, The Supervillians, Restorations, Riot Before, Spanish Gamble, Greenland is Melting, Blackbirds, Captain We're Sinking, Mixtapes, Kadets, The Working Dead, Direct Hit! Red Collar, Hammer No More The Fingers, Last Years Men, lurch, and Rain Over Battle. More bands will be announced next week.

Tickets will go on sale on November 8 both through the label's website as well as through the venue.