Mogwai announce “Hardcore Will Never Die, But You Will” 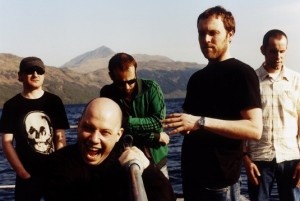 Mogwai have announced their next album, set for release early next year. The record is titled Hardcore Will Never Die, But You Will and is due out February 14, 2011 in Europe and February 15, 2011 in North America. The album is their seventh and was recorded over the summer at Chem 19 Studios, in Hamilton and mixed at The Castle Of Doom. It reunited the band with Young Team producer Paul Savage and follows 2008's The Hawk Is Howling .

The band has also booked a international tour with dates posted here.