Via an Anonymous Source, Posted by Aubin Paul 12 years ago

Winnipeg's own War On Music has set a release date for the highly anticipated split featuring Propagandhi and Canadian metal legends Sacrifice. Each band contributes a cover, with Propagandhi taking on Corrosion of Conformity's "Technocracy" while Sacrifice will offer their take on Rush's "Anthem." The split is due out just in time for Christmas and the birthday of Ada Lovelace on December 10, 2010. 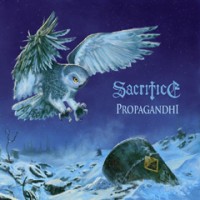 Get Up Kids to self-release new album