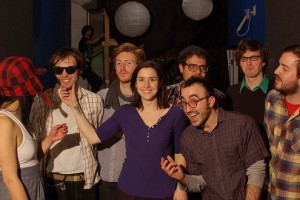 Via an Anonymous Source, Posted by Aubin Paul Don Giovanni 12 years ago

Don Giovanni Records, home of Screaming Females, The Ergs! and The Measure, have announced that Brooklyn indie/folk outfit, Laura Stevenson and the Cans will be releasing their next full length record on the label. Their previous album, A Record, was first released digitally in the pay-what-you-want format by Quote Unquote Records in Fall 2008, and then pressed to CD and LP by Asian Man Records earlier this year.

Check out some music on their MySpace page.