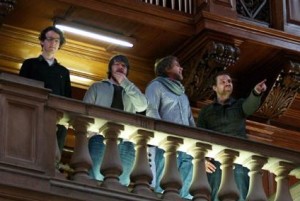 The band will release their fourth and final single through FatCat Records on November 22nd in Europe and December 8th in the US. A limited edition 7-inch box set is also available.

Tours: Escape The Fate / Alesana / Motionless in White / Get Scared / Drive A