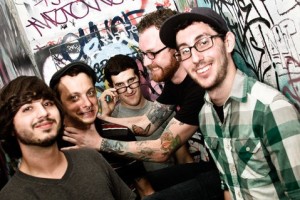 by Brian Shultz Run For Cover 10 years ago

Daytrader have entered the studio with engineer Vince Ratti (the Wonder Years, Achilles, Balance and Composure) to record their proper debut EP, which is slated for a February 2011 release on Run for Cover.

The band recently put a three-song demo up for free download, releasing it on limited 7" (City of Gold) and cassette (self-released) formats. They also have a short east coast tour coming up.

New Review Update: The Riot Before to release 2005-2007 collection