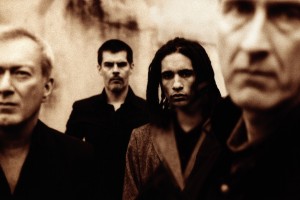 Post-punk pioneers Gang of Four have a new free three-song EP available. British newspaper The Guardian have the set online for download with commentary from Andy Gill and Jon King. It includes a reworking of "Glass," from their classic debut Entertainment!, a new b-side titled "Sleeper," and a remixed version of the song "I Party All the Time" from their upcoming album Content.

Content will be the band's first album of new compositions in sixteen years. It's due out January 25, 2011 via Yep Roc. We posted North American tour dates from the group earlier in the month.