The Toasters 30th Anniversary US tour 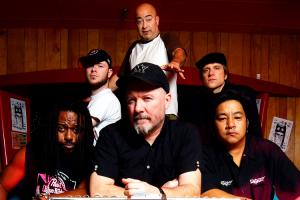 Via an Anonymous Source, Posted by Adam White Ska and Reggae 11 years ago

NYC ska legends The Toasters are headed back out on the road for one of their typically massive tours. The group will kick off their 2011 30th anniversary celebrations with a full tour of the United States in January and February. They'll launch their latest trek on January 15th in Kingston, New York, with daily shows across the States to round them back to Cambridge, MA on February 27th.

To mark the band's anniversary the Ska Brewing Company of Durango, Colorado is releasing a limited edition Toasters 30th IPA.