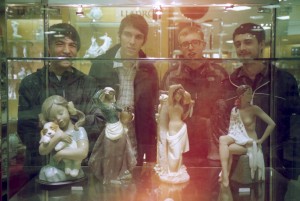 Solidarity Recordings and Brick Gun Records have announced plans to co-release a new split from Joyce Manor and Big Kids. More details are expected soon, but the split is expected out in the early spring.

Joyce Manor released their self-titled debut earlier this year to heavy acclaim, while Big Kids are keeping busy between this split and another EP also expected out in the spring via Topshelf Records