Lighten Up to release 'Where Fun Goes To Die' 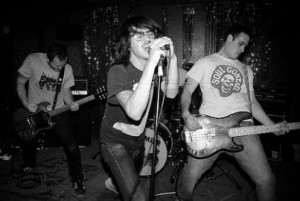 Contributed by runneruprecords, Posted by Bryne Yancey Runner Up 11 years ago

Runner Up Records will be releasing a new 7-inch from Lighten Up entitled Where Fun Goes To Die on April 8, 2011. Once out, it'll follow up the band's 2009 effort Absolutely Not, released via Jump Start Records.

The release is streaming at the group's Bandcamp page.