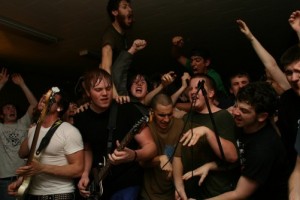 My Heart To Joy has announced plans to disband after five years together. The group currently has two farewell shows lined up--one on March 4 at Lily's Pad in New Haven, CT and a final show on May 14, the details of which are yet to be announced.

The band most recently released the Reasons To Be 7-inch via Topshelf Records. Their 2009 full-length Seasons in Verse drew heavy critical acclaim.