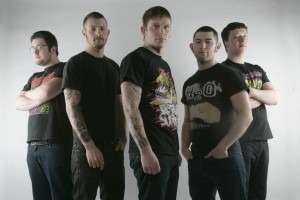 Contributed by eatdogs, Posted by Bryne Yancey Rise 11 years ago

A Loss For Words has joined Velocity/Rise Records. The band intends to enter the studio with producer Andrew Wade in May to begin work on their debut LP for the label, with a late summer/early autumn release in mind.

The group most recently released the covers album Motown Classics in 2010 via Paper and Plastick.