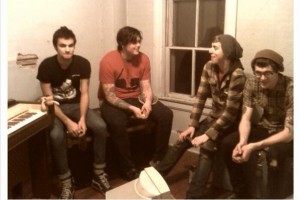 Contributed by inagreendase, Posted by Bryne Yancey Doghouse 10 years ago

Grown Ups has completed work on their previously announced EP, which is slated to be released in the spring via Doghouse Records. More information on its release date and track listing is expected soon.

The group has been added to the Topshelf Records / Count Your Lucky Stars SXSW showcase on March 16 at 617 Red River Street alongside Defeater, Moving Mountains, Into It. Over It. and Empire! Empire! (I Was a Lonely Estate) and will also be performing at The Fest 10 in Gainesville, FL this fall.

Tours: Foundation / Mother of Mercy / Xibalba / Dead in the Dirt