Face to Face to release album in May 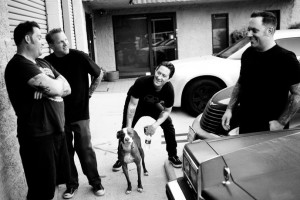 Contributed by 88fl_rules, Posted by Aubin Paul Antagonist 10 years ago

Face to Face have set a release date for their long-awaited new album. The band revealed that it will (finally?) release Laugh Now, Laugh Later on May 17, 2011, just shy of a year after completing recording.

It will be the first new album in eight years from the long-running punk band, and their first since How To Ruin Everything. In the interim, the band released the retrospective Shoot the Moon: The Essential Collection. After retiring in 2003, the band reunited five years later and has continued to tour since.