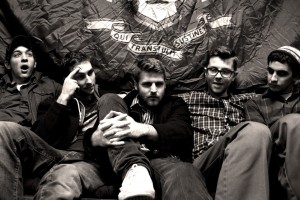 by Brian Shultz Run For Cover 11 years ago

Hostage Calm have outlined some of their plans for the next few months. After an east coast run with Daytrader, the band will tour to Krazy Fest, including two shows with Anti-Flag, before hitting the Midwest to support Hot Water Music for two shows. They'll follow all this up with a tour supporting Senses Fail, dates for which are yet undisclosed.

The band is also planning a single as part of the Run for Cover single series in July.

They released the well-received Hostage Calm in 2010.