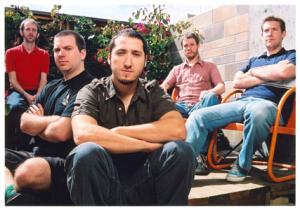 San Diego, CA's Pinback has resurfaced with news of a new two-song 7-inch to be released on Record Store Day, April 16, as well as a three-week American tour that kicks off on April 20 in Tempe, AZ.

The band last released Autumn of the Seraphs in 2007.