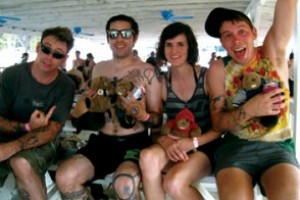 The Measure [SA] have announced their final shows. The band, who split up in January will perform in New Jersey and Brooklyn with lineups that include Big Eyes, Death First, Bad Banana, Shellshag The New Dress and Backpocket.

The band is also promising a final, free single Jersey's Best with two b-sides to anyone who attends the shows.