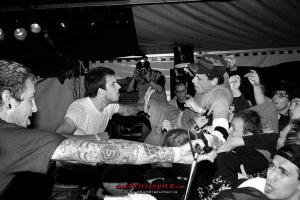 Syracuse, NY-based hardcore outfit Another Breath has called it a day. The group has a handful of shows planned before the break-up: a hometown show in Fulton, NY on August 26 with a focus on older songs; a final show at The Lost Horizon in Syracuse the next day; and then another show featuring members' side projects on August 28 at Badlands, also in Syracuse. More immediately, they'll be performing at Rain Fest in Seattle, WA on May 27 as part of the Panic Records showcase.

Another Breath last released The God Complex in 2009 via Panic.

Videos: The Decemberists: "This Is Why We Fight"