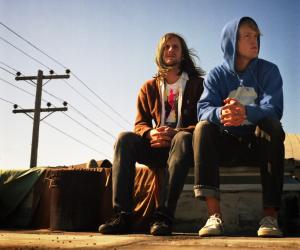 San Francisco troubadours Two Gallants are following up their upcoming reunion shows at Bottom of the Hill with a West Coast tour followed by a journey to the UK and mainland Europe. The band was largely inactive following their self-titled record. Singer/guitarist Adam Haworth Stephens released We Live On Cliffs, his solo debut, last year.

You can see those dates below.