The Emergency Room (Dan Andriano) to release debut this summer 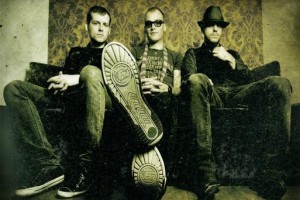 Details are scant at this point, but according to Alkaline Trio's twitter account, bassist/vocalist Dan Andriano will release his solo debut under the moniker of The Emergency Room this summer via Asian Man Records; we reported on the album's recording back in February. Andriano will be joining Chuck Ragan, Brian Fallon and Dave Hause on the European Revival Tour in the fall.

In other Trio news, the band has also announced that their upcoming "re-imagined" album will contain twelve reworked songs from the band's back catalogue and two new tracks.