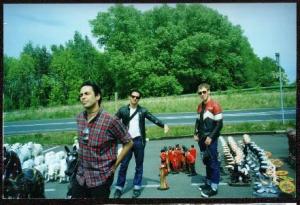 by Bryne Yancey Subcity 11 years ago

Albuquerque, NM legends Scared of Chaka will be performing at Awesome Fest 5 in San Diego, CA this September. The group, which broke up in 2001, reunited for a handful of shows in 2008 but has laid dormant since.