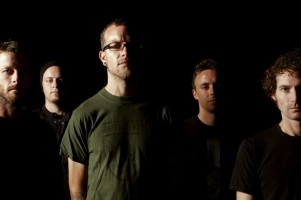 Just shy of a year after their official split, influential post-rock/hardcore outfit Isis have announced the release of five posthumous digital albums. The records will be released every two weeks on May 31, 2011, June 14, 2011, June 28, 2011, July 12, 2011 and July 26, 2011. The fourth release will be a compilation of live shows while the remainder will be single show recordings. They're priced at $5.99 per album or $20 for the whole set.

The former members of ISIS are busy working on new music with Mike Gallagher scoring films (most recently 22nd of May) and creating music under the MGR moniker, Aaron Turner working with Faith Coloccia on Mamiffer and House of Low Culture, Jeff Caxide creating CRONE with a release forthcoming, Clifford Meyer working on two new projects: Windmills By The Ocean and Taiga as well as continuing with Red Sparowes and Aaron Harris continuing his production career as he currently wraps up work on Lesser Key's upcoming album.