Clap Your Hands Say Yeah to get “Hysterical” in September 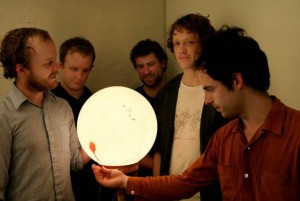 Clap Your Hands Say Yeah will be releasing their first album in more than four years with Hysterical. The record is due out September 20, 2011, following 2007's Some Loud Thunder. The album was produced by John Congleton (Explosions In The Sky, Okkervil River, The Mountain Goats).

Prior to the release, the band will also be reissuing a remastered version of their 2005 record, Clap Your Hands Say Yeah. That is due out June 14, 2011. In the mean time you can check out an album teaser right here.

Videos: Gaslight Anthem: "Bring It On"