The Rapture to return with “In The Grace of Your Love” 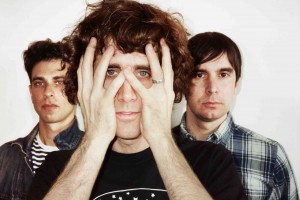 New York City-based dance punks The Rapture will return after five years with a new album on September 6, 2011. The band will release the long-awaited follow up to Pieces of the People We Love titled In The Grace of Your Love. The band has returned to the indies having resigned with DFA Records.