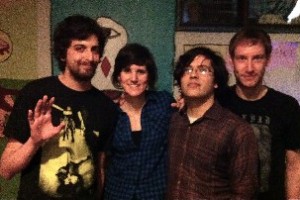 Brooklyn, NY-based Worriers has unveiled a new track entitled "Made To Mend." The band is a new project notably featuring Lauren Measure (The Measure [SA]) and Mike Hunchback (Night Birds). They'll be releasing a three-song 7-inch later this year via No Idea, and plan to tour and record another 7-inch later this summer.

"Made To Mend" will not appear on the aforementioned 7-inch, but it can be streamed and downloaded at the group's Bandcamp page.