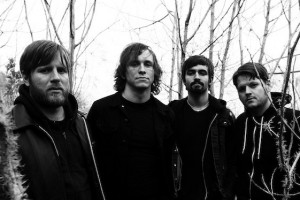 Against Me! have been labeless since they left Sire Records, leaving many wondering what their plans would be label-wise, especially for a band that has always had controversial record label decisions. Now, the band has revealed that they have started their own label, Total Treble Music. They released this statement on their website:

"We are excited to announce the formation of our own record label, Total Treble Music. Within the US and Canada, the label will be distributed via RED/MRI and will be the home of all future Against Me! releases. Having spent our career on both major and independent labels of varying sizes, the creation of Total Treble Music will afford us full control of our creative and professional destiny moving forward. We hope to partner with other labels for the rest of the world for future releases." Against Me! recently released Total Clarity via Fat Wreck Chords and are currently on tour with Screaming Females and Lemuria. Against Me! will also be releasing a new 7-inch entitled Russian Spies / Occult Enemies on June 14, 2011.

Static Radio NJ announce 'We Are All Beasts'