Dinosaur Jr. performance to be recorded by fans 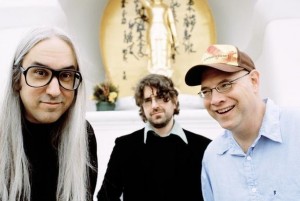 Dinosaur Jr.'s upcoming performance of Bug on June 25 in Washington, DC will be documented as part of Music Video Distributors' In the Hands of the Fans series. Six fans will join director Dave Markey (1991: The Year Punk Broke, Desperate Teenage Lovedolls) on location to record the show.

More info on how to enter the contest (as well as the series in general) is available here.