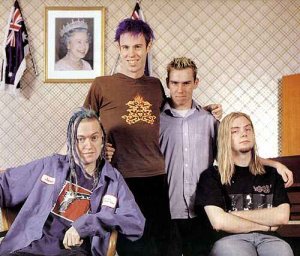 Australian national treasures Frenzal Rhomb will be touring their homeland this September, with Teenage Bottlerocket tapped to open all dates. Click below for the details.

Frenzal Rhomb will be releasing a new album entitled Smoko At The Pet Food Factory on August 19, 2011 via Shock Records in Australia. No word yet on a North American release. Teenage Bottlerocket recently issued the Mutilate Me 7-inch via Fat Wreck Chords.