Austin Lucas and the Bold Party 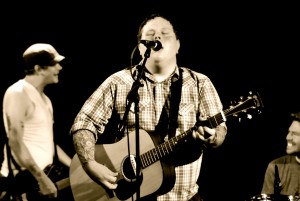 by Adam White Tours 11 years ago

Bloomington, IN's Austin Lucas is headed out on tour this August with his backing band the Bold Party. The shows kick off on August 20th in Columbus, Ohio and run through September. The day before the tour kicks off Lucas will take the stage solo at the Seattle Sound Fest for a gig with Drag The River, Jesse Malin and Larry and this Flask.

Lucas is supporting his new full length A New Home in the Old World, released earlier this year on Last Chance.