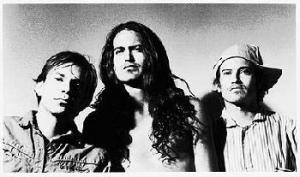 Meat Puppets have announced a bevy of tour dates over the next several months. The group will open two shows in the northwest for Soundgarden and Queens of the Stone Age later this month before striking out on their own. Click below to see the itinerary.

The band released Lollipop earlier this year via Megaforce Records.