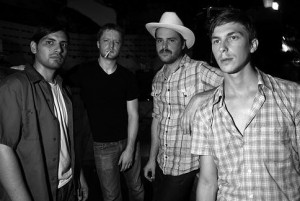 by Bryne Yancey Fueled By Ramen 11 years ago

Another blast from the Fueled By Ramen past has been added to the label's upcoming 15th anniversary festivities in New York City. Austin, TX's Recover join the reunited The Stereo along with Paramore, The Swellers, fun., A Rocket To The Moon and others to celebrate FBR's 15th anniversary September 7-9 at Terminal 5.

Recover released Rodeo And Picasso in 2001 via FBR to much critical and fan acclaim, then migrated to major label Universal to release This May Be The Year I Disappear in 2004 before going on hiatus the following year. They released Challenger earlier this year, a collection of unreleased material primarily recorded in 2003.