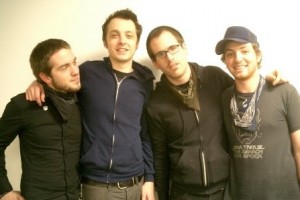 by Justin August No Idea 11 years ago

In an email with Punknews, Latterman confirmed that they will be playing at least two reunion shows this winter. The shows will take place at Maxwell's in Hoboken, NJ on December 1st and the other at Bell House in Brooklyn, NY on December 4th. Tickets for both shows are available here and here, respectively. Additionally, No Idea Records will reissuing all three of their records on vinyl later this year.

Following the Long Island band's dissolution, members went on to play in Bridge and Tunnel, Iron Chic, Laura Stevenson and the Cans, Shorebirds, Mutoid Men, RVIVR, and others. Their last full-length, …We Are Still Alive, was released in 2006.