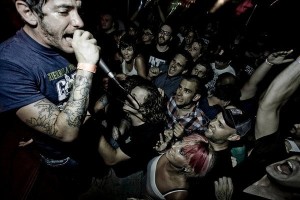 Contributed by xcarlupanddiex, Posted by Bryne Yancey 11 years ago

A little late on this one, but it's been brought to our attention that As Friends Rust tracked six new demos earlier this summer. No word on release plans yet but we'll keep you posted as more details surface; the band has been updating their Facebook page with occasional tidbits about the process.

The band broke up in 2002 but reunited in 2008 for shows in Gainesville, FL and Europe. They last released A Young Trophy Band in 2002 via Equal Vision Records.

Expanded Stooges biography on the way