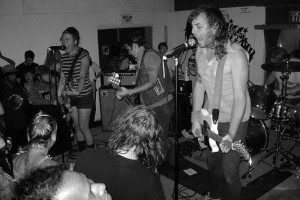 Contributed by rodney1134, Posted by Brittany Strummer 10 years ago

Olympia, WA's RVIVR will be releasing a brand new 7-inch titled Belebend. The 7-inch will be released overseas on Europe's Yo-Yo Records but the band will have copies with them on the second leg of their upcoming US tour for those that haven't obtained one through RVIVR's Kickstarter for their European tour. The 7-inch is scheduled for a mid-September release in Berlin.

RVIVR released RVIVR last year on Rumbletowne Records and will be heading out on tour of the US and Europe starting in September.

Music: This Is Hell: "Black Mass"