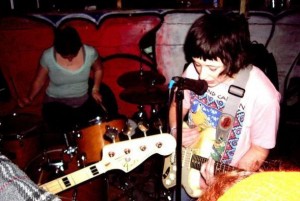 by Bryne Yancey Break-ups 11 years ago

P.S. Eliot will be disbanding at the end of the year following a performance at The Fest 10 and a pair of shows in Brooklyn, NY this December. The band posted this statement on their blog:

"After 4 agile years as a band, P.S. Eliot is calling it a day. I sincerely feel that we've creatively accomplished everything we set out to from the get-go and dragging it out would be brazen and pointless. I considered P.S. Eliot "the band I always wanted to start" but as I've grown and Allison has grown I've come to realize that "band" has grown too. P.S. Eliot's time as a fulfilling outlet for us has passed so we're ending it gracefully and moving on."

P.S. Eliot released Sadie earlier this year via Salinas Records; it's also available for download from If You Make It. Click below for info on their final shows.