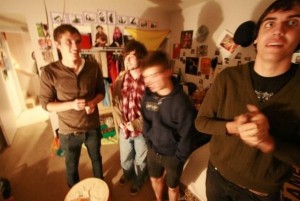 San Francisco's Koalacaust have called it quits. The band said this:

We started in early 2008 and have had a hell of a run. The band through its history has had some funny members like Elliot Babin from Touche Amore [who] used to play accordion for us and was one of the original members and Sam Bosson from Trash Talk who used to play drums. There have been quite a few other people that have come and gone. We were in the process of writing a full length and will be recording a few songs that we feel we should record and just posting them for free.

The band is planning a few more shows and you can find details about those on their Facebook Page.