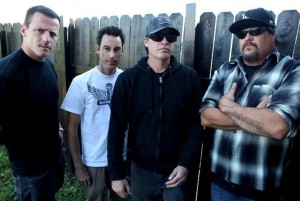 Contributed by alex101, Posted by Aubin Paul Epitaph 11 years ago

Pennywise has entered the studio to begin work on their first new album since 2008's Reason to Believe. The will mark the return of the band to Epitaph and also marks the debut of vocalist Zoli Teglas of Ignite who joined the band after the somewhat acrimonious departure of long time frontman Jim Lindberg in 2009.

The band updated their Twitter and Facebook profiles with just the short note that they were "In the studio working on the new album." Expectations are that the album will be released in 2012.