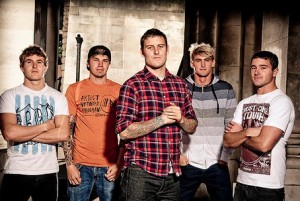 Parkway Drive have announced an Australian tour that will focus on smaller towns in the continent and country. Titled the Sick Summer 2012 tour, the run will kick off February 16th which is towards the end of Australia's December to February summer. It's worth noting that the coriolis effect doesn't really work in Australia even though they have a weird summer.