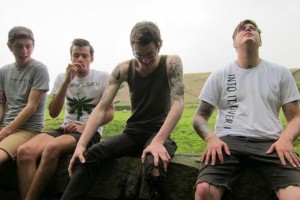 Indiana's Grown Ups announced today via Facebook that the band is calling it quits. They posted:

Well, it's been fun. Went to a lot of cool places. Met some of the best people. Maybe we'll have our shit together to play one more set. Thanks everybody.

Grown Ups formed in 2009. Their most recent release was 2011's Handholder EP.