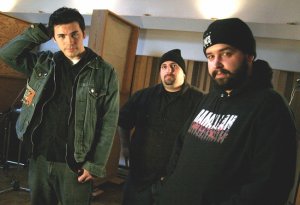 Contributed by alex101, Posted by John Flynn 11 years ago

Boston punks The Ducky Boys have released a new single entitled "I Guess I'm Broken." The song comes from their forthcoming record, Chasing the Ghost and is for sale in the iTunes Music Store. You can check that out here.

Chasing the Ghost will be the fifth from the Ducky Boys, and is set to be released January 17th, 2012. In the meantime, the band will be opening for The Mighty Mighty Bosstones during their annual Hometown Throwdown, and playing a few dates around New England with The Pinkerton Thugs.