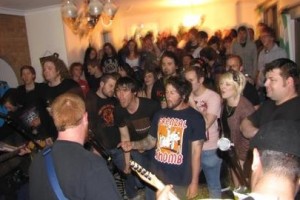 Contributed by owneroperator, Posted by John Flynn Australia and New Zealand 10 years ago

Perth, Australia's Grim Fandango have announced a follow up to their 2010 Poison City album, Birthmark Blues in the form of a new 7" and digital EP. The 7", titled In the Rough, will feature 2 songs, plus 3 additional songs available as a download.

The Charts: Your Favorite Records from November

The Charts: Nardwuar and guests ready "Busy Doing Nothing"