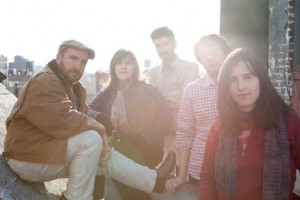 Contributed by eatdogs, Posted by John Flynn Merge 10 years ago

The Magnetic Fields will be returning to Merge Records and releasing a new album, the band announced today.The record is titled Love at the Bottom of the Sea and is due out March 6th, 2012. The band says the album marks a return to the band's more synthesizer-oriented sound, after their self-described "synth-free" trilogy of records: 2004's I, 2008's Distortion, and last year's Realism.

The band will be supporting the album with a tour of North America and Europe.

Tours: The Twilight Sad (US)