This Providence to record new album 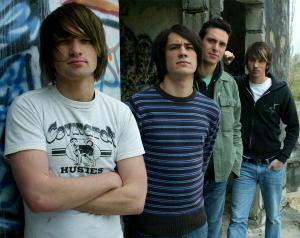 Contributed by alex101, Posted by John Flynn Fueled By Ramen 11 years ago

Gavin Phillips of This Providence recently sat down with Property of Zack, and confirmed that the band will be hitting the studio in February to record their follow-up to 2009's Who Are You Now?. He says that they have close to 30 songs written at this point, and are aiming for a summer release.

Excerpt from the interview:

We did our last headlining tour in 2010 and thought it was a great time to end the record cycle and start a new record. We were happy with how that tour went considering it was our first headliner. We were going to take a little bit of a break that fall and winter and then start writing. We were writing, but we didn't feel like we were there. We had stuff going on in our personal lives too. Our drummer got engaged, and our singer and his wife were buying a house. We were all enjoying a normal life, so to speak. I even got a job bar-tending to kill some time. We've been touring since we got out of high school, which was seven years ago for me. I never had a chance to stay in one spot for a bit. We were writing and slowed down a bit. We have close to 30 songs at this point. We've been very meticulous in a way that we've never been. We always went in with 8 or 9 songs and then wrote one or two in the studio and maybe had a b-side. This time we wanted to write as many as possible and cut it down for the best songs. The ones we have are far better than anything before. The songs are just better.

You can read the full interview here.