Murder By Death (midwestern US, Australia) 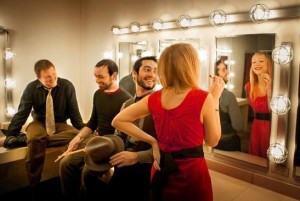 Murder By Death has announced an Australian run at the end of February, following a short stateside tour of the midwest at the beginning of the month.

The band has also been in the studio as of late, recording their follow-up to 2010's Good Morning, Magpie with producer John Congleton (Explosions In The Sky, St. Vincent, Black Mountain). They've not yet announced a release date, but have been posting studio updates daily on their facebook.